AdvertisingDigitalOnlineOpinion
23/01/2020 Thu 13:19 in Global by Contributor

Lessons from Black Mirror: Why future users will still be watching ads

How many hours a day do we spend on the Internet? Studies estimate it’s no less than three and a half. The majority of our day-to-day communication is happening either on social media networks or in messenger tools. And as traditional media – like television and radio – is also moving online, the time that we ‘live virtually’ will only keep increasing

What information does our brain process while we look at screens? Surprisingly, we’re not purely digesting personal messages, search queries, or the videos we watch. As long as our consciousness is fixed on content, blinking pictures and interactive creative material makes its way to our subconsciousness, leaving traces on the retinas of our eyes. Information unnoticeably seeps into memory, resurfacing weeks or months later when we make purchasing decisions. This is a fundamental conceptual framework of online consumer behaviour.

And looking ahead, new marketing techniques are marching even further. Advertising based on VR, computer vision, and virtual influencers have already defined the ‘brand-customer’ interaction.

If this all sounds a lot like the show Black Mirror, it’s because all five seasons of it prove that new technologies are here. Yet, Ivan Guzenko explains how we will still watch advertising in 2020 and the near future.

Fifteen Million Merits is one the most metaphorical episodes of Black Mirror. On a daily basis, people pedal their exercise bikes, which generate energy, in order to receive some kind of virtual currency or bonus. The walls of their rooms are plastered with screens that constantly broadcast TV shows and commercials. The more you watch, the more bonuses you get. Accumulate enough and you can buy a meal or a gadget. Accumulate a lot and you can participate in the reality show you watch every day.

Imagine a reality where the user wants to watch video ads and demands more in order to get valuable bonuses. Sound fantastic? Not really. In this case, interactive advertising formats, (rewarded ads in particular) served as prototypes for the technologies featured in the episode. If you have ever played mobile games, you know what rewarded ads look like. Those videos appear at certain game intervals to offer you in-game bonuses: free items and upgrades that help you progress faster.

This monetisation method is used in more than half of free mobile games because more than 70% of gamers prefer these ads over all others. Another example of interactive formats is playable ad formats, that give users the opportunity to try the new micro-game demo before they download the full version. Served on programmatic demand-side platforms, these and other ad formats also gain thrice the higher effectiveness as AI algorithms serve ads according to the targeting criteria – the most important leverage of campaign personalisation.

Playtest tells the story of an American tourist who arrives in London, loses his money and decides to earn some back for a return ticket. He accepts an invitation to test a new horror computer game based on augmented reality technology. Modern advertising already has something similar in VR glasses and augmented reality apps are in high demand. They are used in the niches of entertainment (for example, Pokemon Go), real estate (clients can see how their future houses will look after construction is finished), in design (how the apartment will look after repair), and so on.

As the world moves towards unintrusive and genuine ad experiences, using VR and computer vision technologies are the only ways to fit messages in the right context and within scripted moments. VR-based practices are applied in the movies to personalise ad impressions for watchers in different regions.

This means advertisers will soon be able to add objects – like coffee shops, potato chip brands – to the movie on the go and overlay existing advertising banners – like billboards, device screens – with new messages.

The official name of the episode is Rachel, Jack, and Ashley Too. For a birthday present, a girl receives an AI-based doll, created in accordance with the image and personality of her beloved pop star, Ashlie O (Miley Cyrus). Show creator Charlie Brooker brings up a topic for discussion; “Is it possible to replace a live artist with a hologram?”

This question has become increasingly popular ever since virtual characters, like Japanese singer Hatsune Miku and virtual AI influencer Lil Miquela, have taken over the world. Today, companies are offering money to virtual influencers to solicit them to post promo content and advertise luxury fashion, jewellery, and clothes . A girl that’s not even real is getting featured on magazine covers and works as a cultural phenomenon and advertising tool at the same time.

Another great example is Xinhua News Agency that introduced a hologram of a news reporter that was hardly distinguishable from a real human being.

If yesterday’s advertisers had to pay big money to celebrities, in AI and VR-driven realities, they can now save on that as well the costs of renting a studio, hiring photographers, and tuning equipment. If it’s a given that every dollar invested in influential marketing brings in, on average,  $7.65, this could be the next gold mine for advertisers that are looking for fresh advertising opportunities.

Black Mirror episodes and the ‘concept of internet marketing’ revolve around one misconception, that they are about technology. Indeed, they are both about people and how lives can be impacted by technologies. Each episode raises the same fundamental questions; “Who is the consumer of future technologies?”, “How do they apply technology?”, “What challenges do they experience?”, and “How do these push them to make decisions?”

As marketers, we should constantly ask ourselves the same questions when it comes to the products and services we promote.

At the same time, this TV series delivers the following message; everyone has different experiences and needs with the same product. You don’t have to have the mind of a CMO to understand that the same should be applied to your target audiences.

When marketers deal with developing creative concepts, they are faced with challenges; how to diversify the message for millions of customers and then channel those varied versions of creative work to the right customers at the right time?

The answer is, we can develop creative concepts and strategies while AI-based systems act upon specific guidelines and pre-defined rules to deliver these messages correctly to everyone. Such martech and ad tech tools, like programmatic platforms, self-learning chatbots, and email automation software, enable delivering personalised content according to the targeted persona. In such realms, CMOs will eventually turn into data-driven marketing strategy architects that work with creative concepts while technologies perform segmentation, message delivery, and analysis.

The real-world seasons to come

Although most of the stories in Black Mirror are quite fantastic, we can learn from them many valuable predictions regarding technologies and ad tech trends. Society will change and the role of the marketer will be drastically modified. In order to effectively communicate with audiences, it will still be important to make your story interesting and engaging. The new technologies, however, will help us to create fascinating branding experiences as we explore automation, personalisation, new creative formats, and advertising channels. 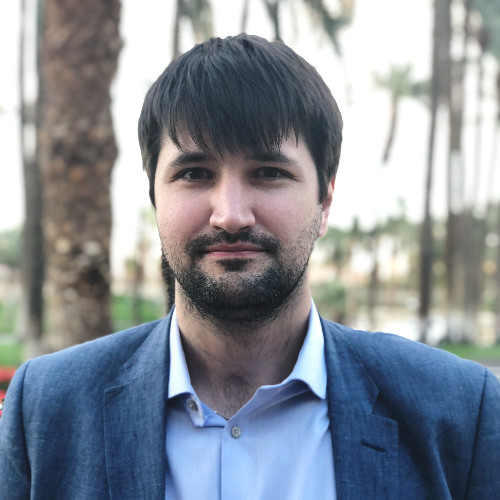 Ivan Guzenko is a tech-minded entrepreneur, ad tech and mar tech expert, and founder of SmartyAds, an award-winning international full-stack programmatic software development company. His deep knowledge and startup experience allowed him to get in on the ground floor of innovative technologies, collaborate with like-minds, and gather immense knowledge that he shares in articles covering digital marketing and advertising.

Supporting the next generation of young entrepreneurs