Electronics company Samsung has collaborated with Mediacorp’s outdoor advertising arm OOH Media to install a larger-than-life 3D creative of its latest phone model on a bus shelter in front of Tangs.

The installation was set up to promote Samsung’s newly launched Samsung Galaxy S6 4G+ and Galaxy S6 edge 4G+ among the public.

The 3D creative consists of a giant-sized Galaxy S6 edge 4G+ mounted at an angle with ‘crystal’ structures to illustrate its extended screen to the edge. 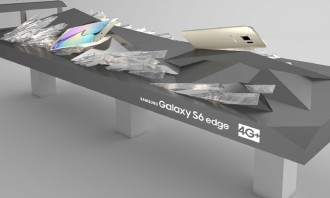 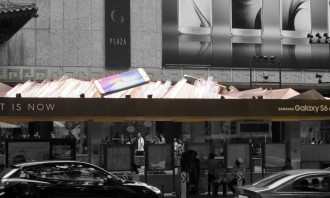 Capitalising on the digital buzz and excitement around the Galaxy S6 edge, the installation was aimed at generating buzz on-ground.

The bus shelter at Tangs was chosen due to its high human traffic flow. According to the brand, the spot was chosen for the campaign in order to target Samsung’s primary audience – mall-goers who are “design-discerning, status-driven and brand-conscious.”

Henry Goh, head of MediaCorp’s OOH Media said, “The Samsung campaign demonstrates how our creative flagships and choice locations within the Orchard belt can be used smartly to augment the audience experience and enhance brand advocacy within their target market.”

Big brands tie up with Media Prima for Raya campaign

Here's what F&N, Nivea, Nescafe Classic, POS Malaysia and some others are up to. ..

Entitled “Join The Club”, the campaign features MIRROR, the local boy band, in a series of promotional videos based on their “A.S...

Burger King has renewed its contract with Trapper Havas Media Malaysia for another two years, adding with the renewal the brand's ..

Banker Anton Casey has pulled in a PR agency as the furore over his “poor commuters” comments turns ugly...